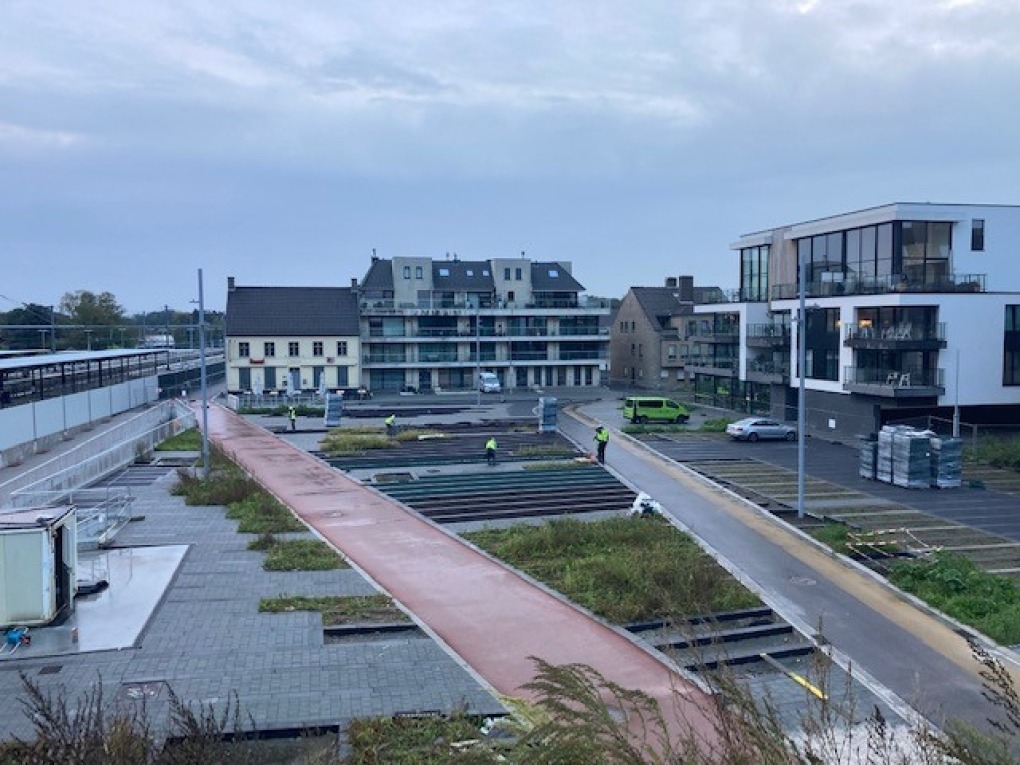 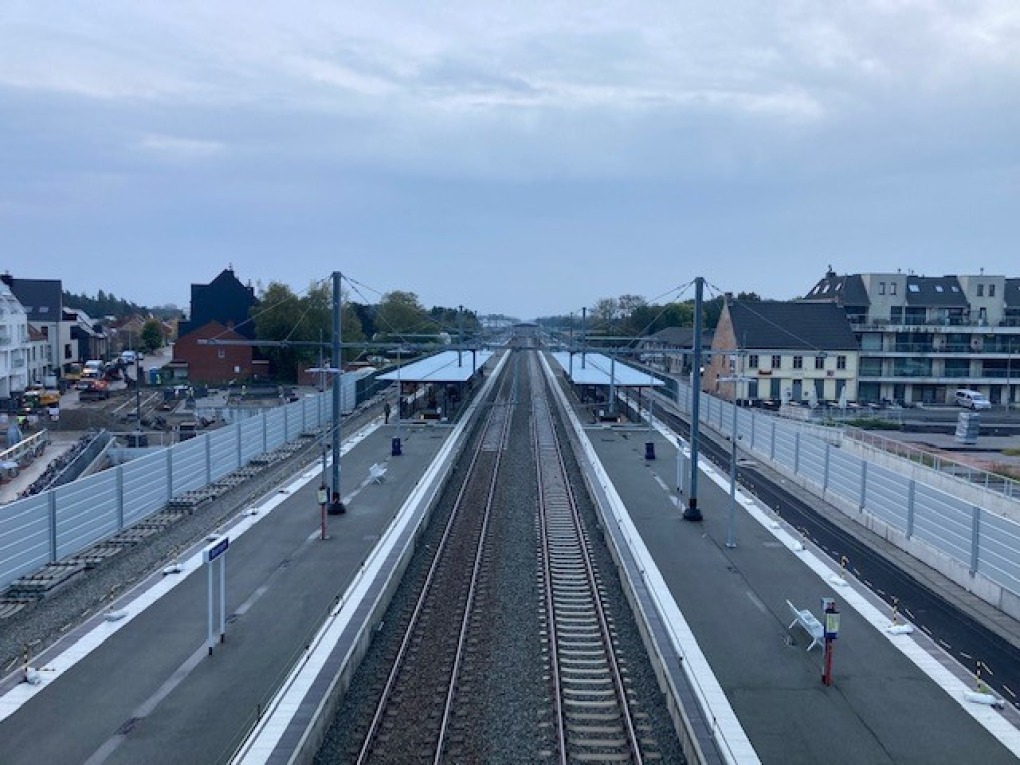 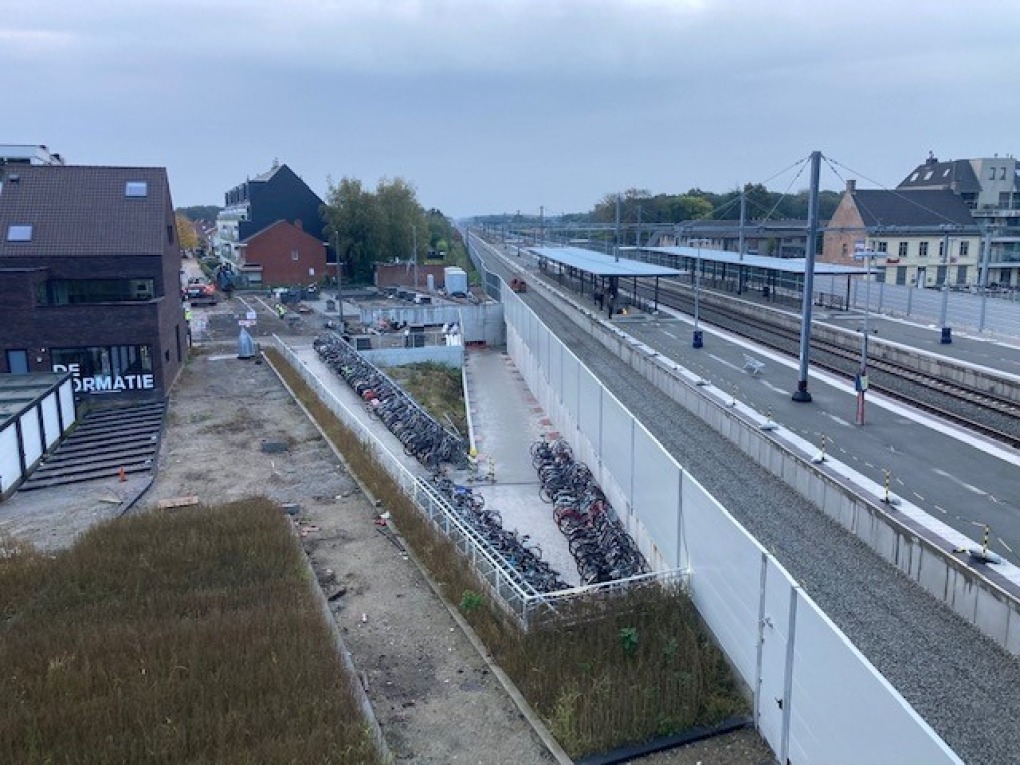 This order consisted of the renovation and construction of two additional platforms and associated track bed and overhead wires at the busy and important Beernem stop. These extra platforms had to be provided as part of the track widening from two to four tracks on line 50A between Ghent and Bruges. Given the extra tracks and platforms, a renewal of the existing subway at Beernem station was also necessary. To this end, the two existing tracks were demolished during a total line interruption, and a new prefabricated concrete tunnel was pushed in between the two construction pits. During this line interruption, we also carried out the track demolition and reconstruction work.

Following the completion of the new underpass, the connecting ramp and stairway complexes could then be constructed, after which the platforms were completely renewed. After the construction of the tunnels and the renewal of the platforms, the entire 2.5 km bed was also prepared for the installation of the 3rd and 4th tracks. To this end, various drainage facilities were installed, all cabling work was carried out and, where necessary, noise barriers were installed to limit disruption to local residents.