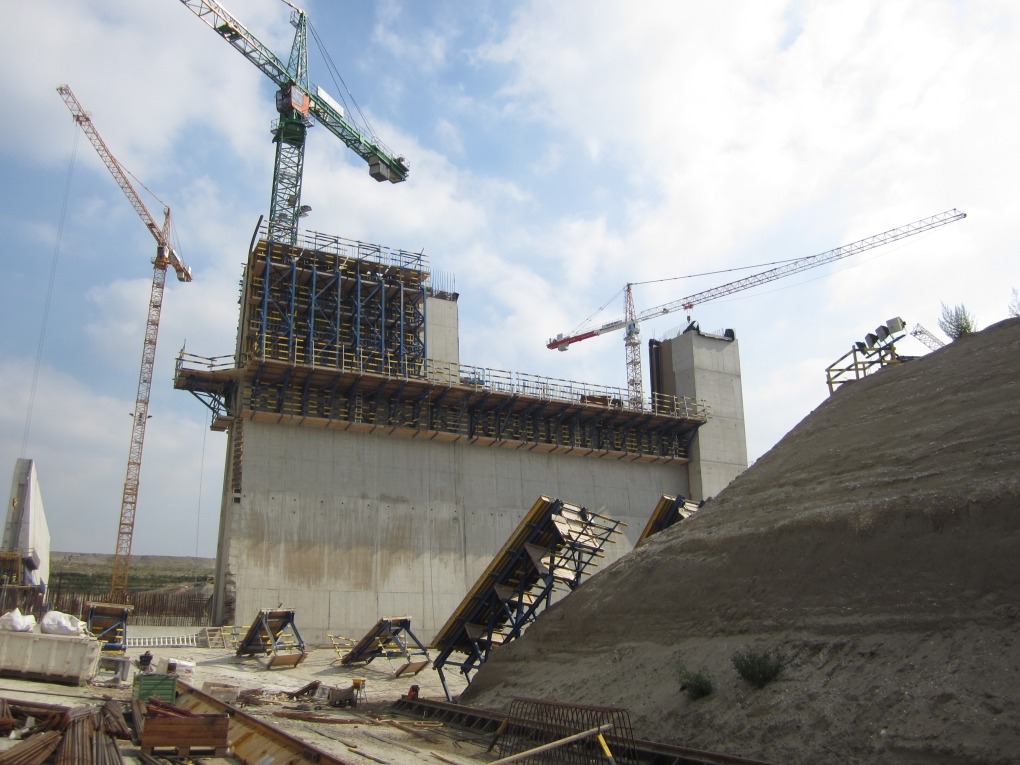 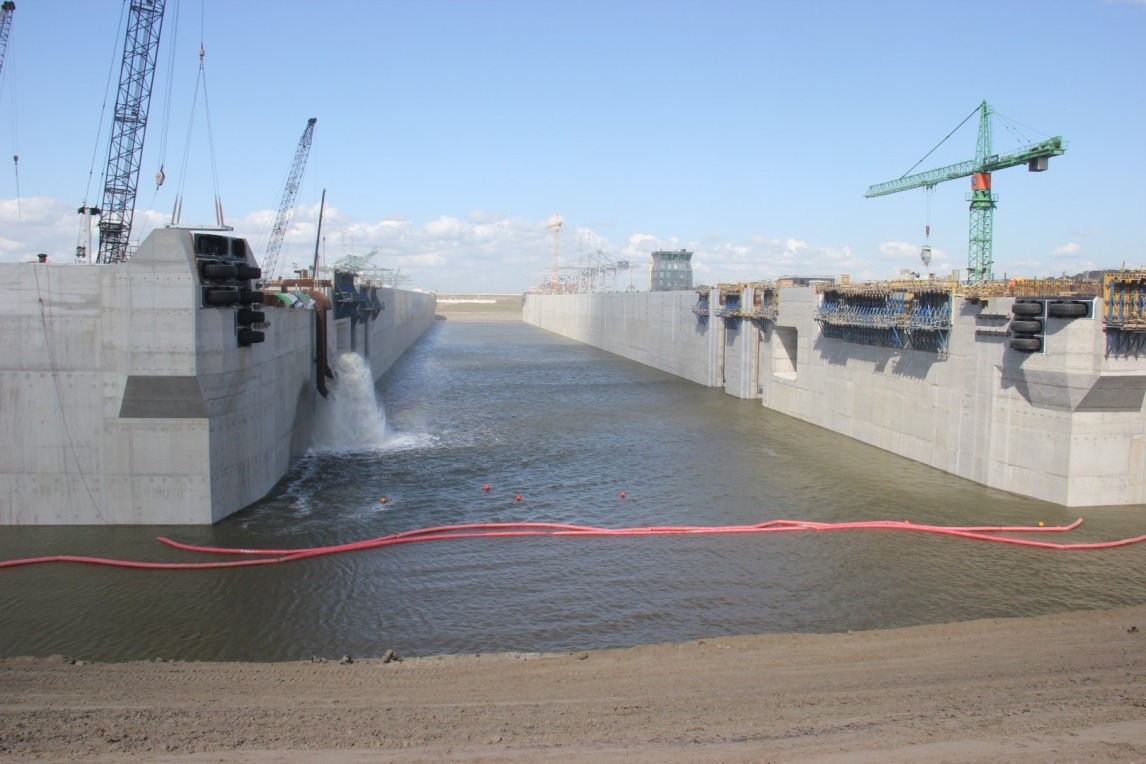 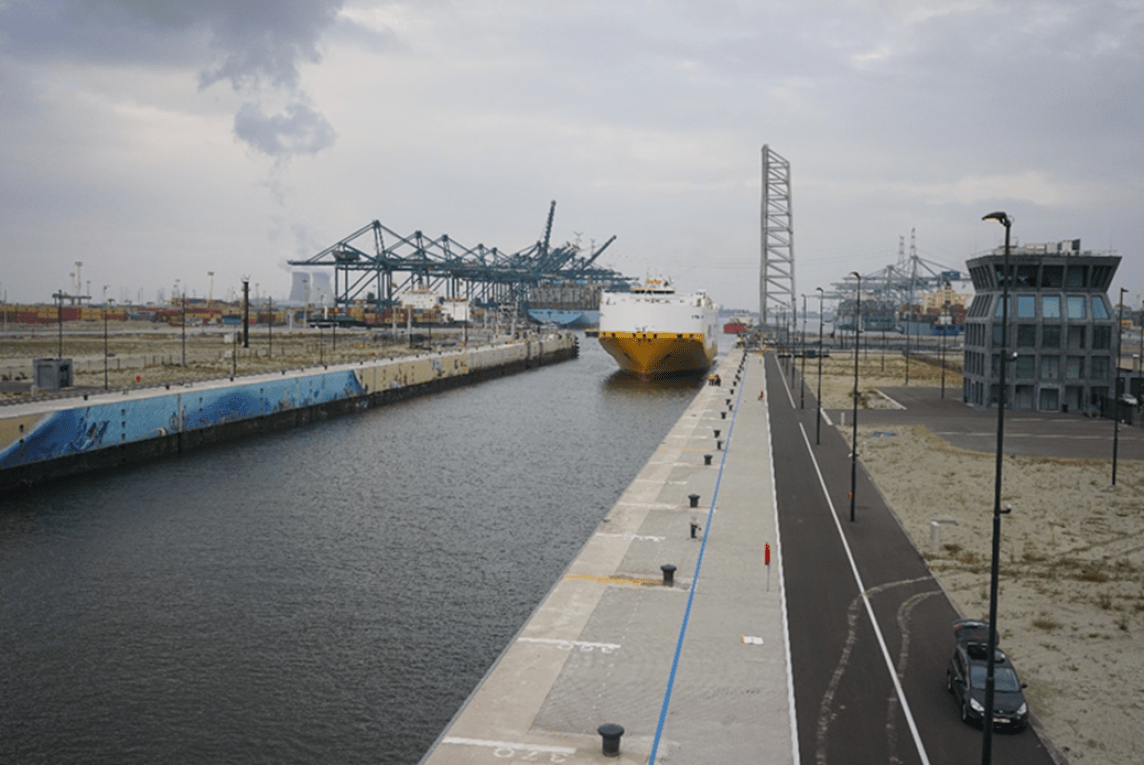 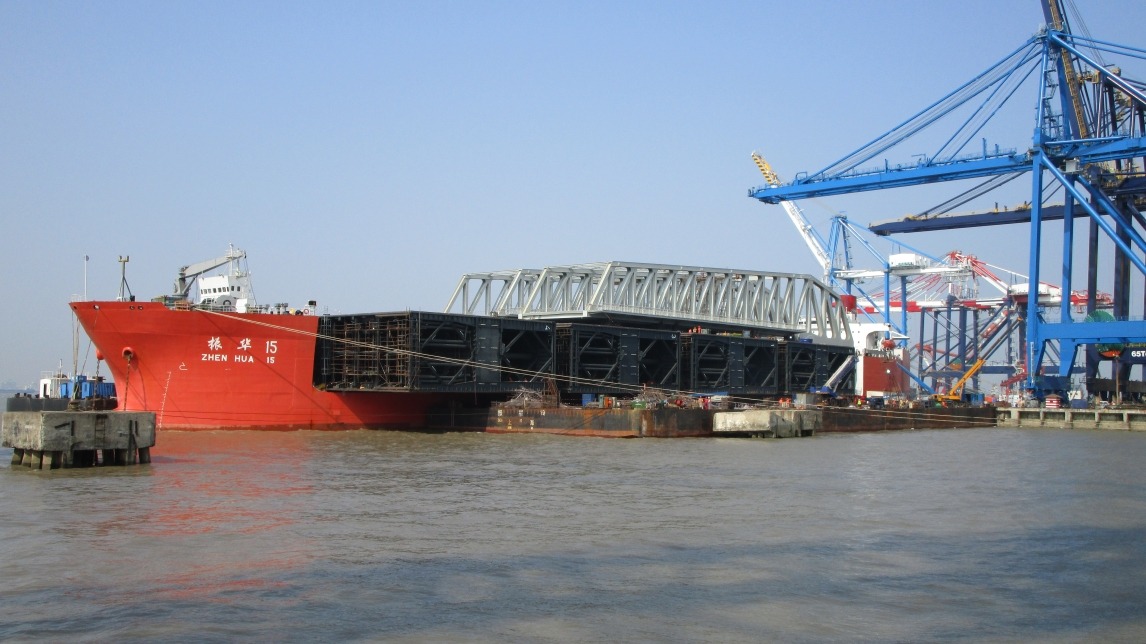 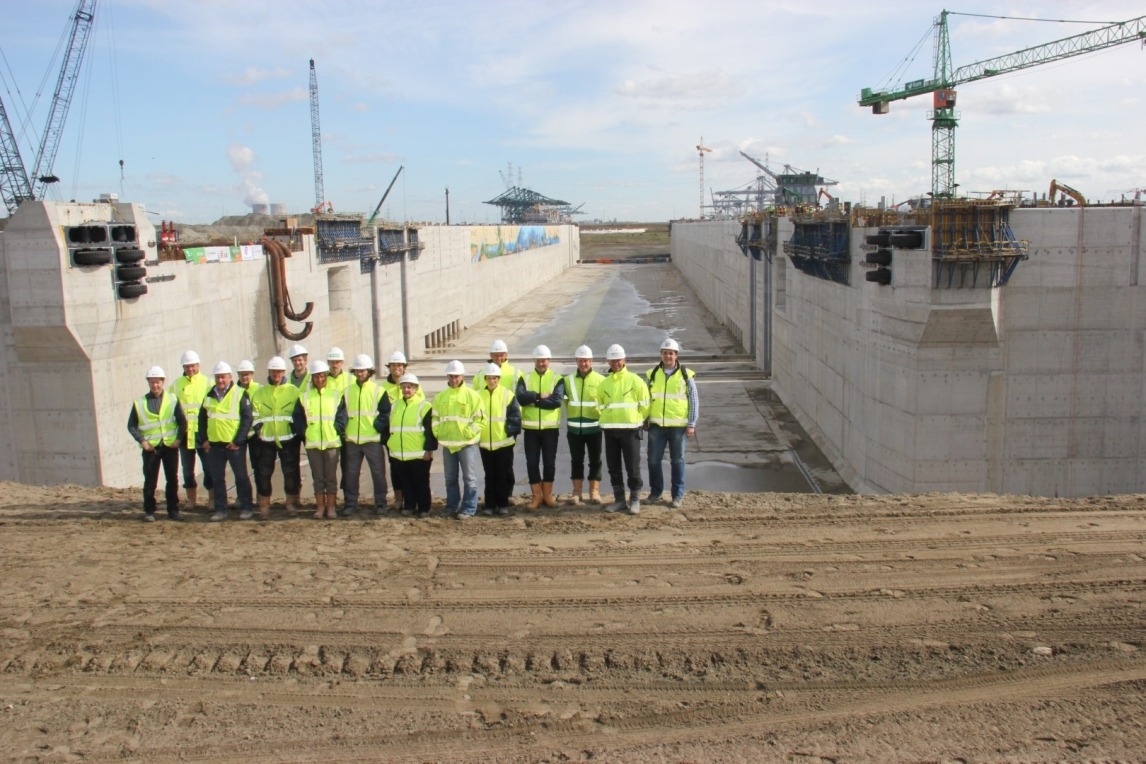 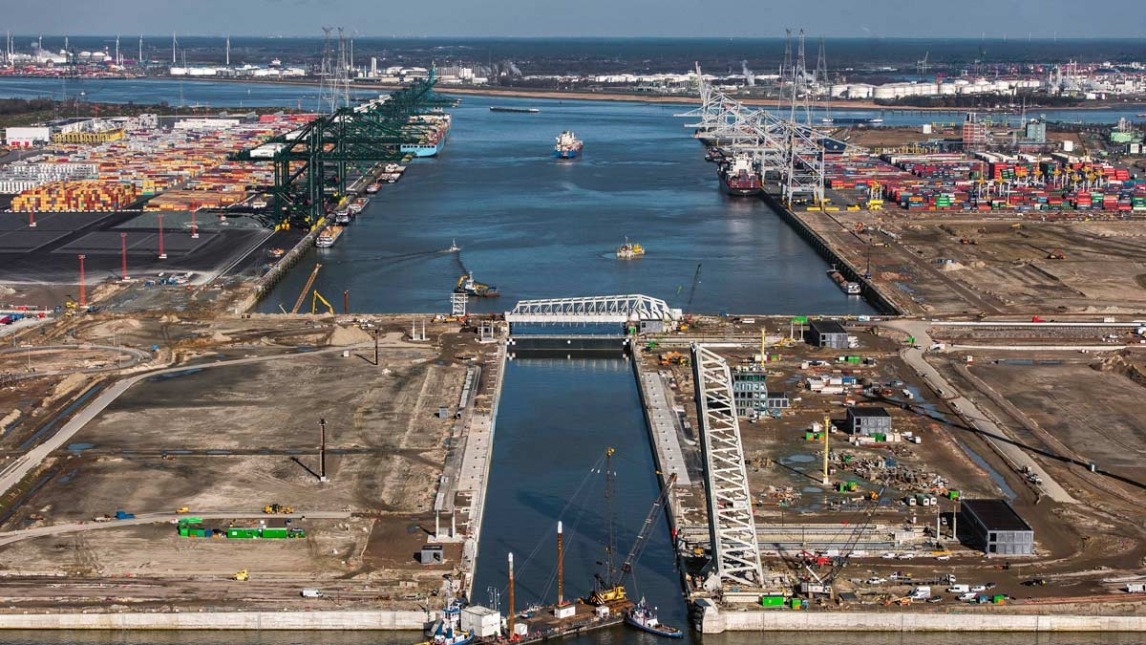 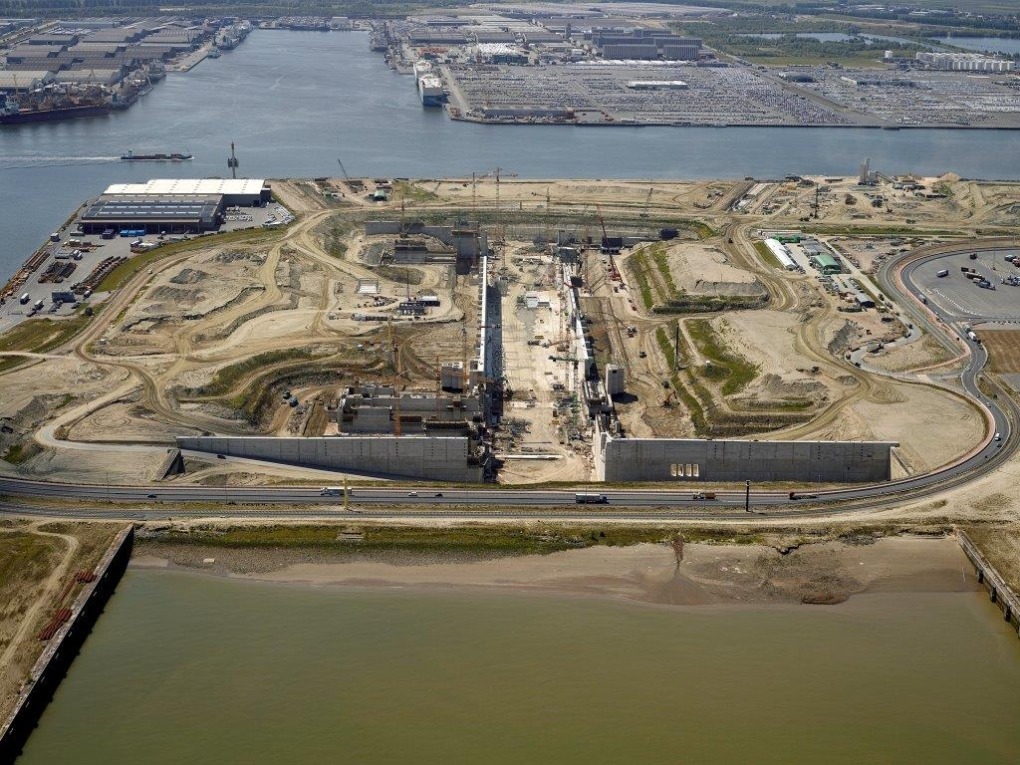 Between 2011 and 2016, we built the largest lock in the world on behalf of the Antwerp Port Authority. The Kieldrecht lock, also known as the Deurganck dock lock, was and is crucial to the development of the port of Antwerp. It ensures access to the docks on the left bank of the Scheldt.

This huge project also included the construction of two tilting bridges. Although these bridges seem small in the scheme of things, nothing could be further from the truth. The largest lock in the world also embraces two large tipping bridges 100 meters long. With this type of bridge, the coordination between the various components was of the utmost importance. The coordination of the electrical, hydraulic and mechanical parts had to be done years in advance, since the bridge basements were built very early in the project. The installation of the bridges took place at the end of the project. The bridge deck consists of concrete, which was poured on site.