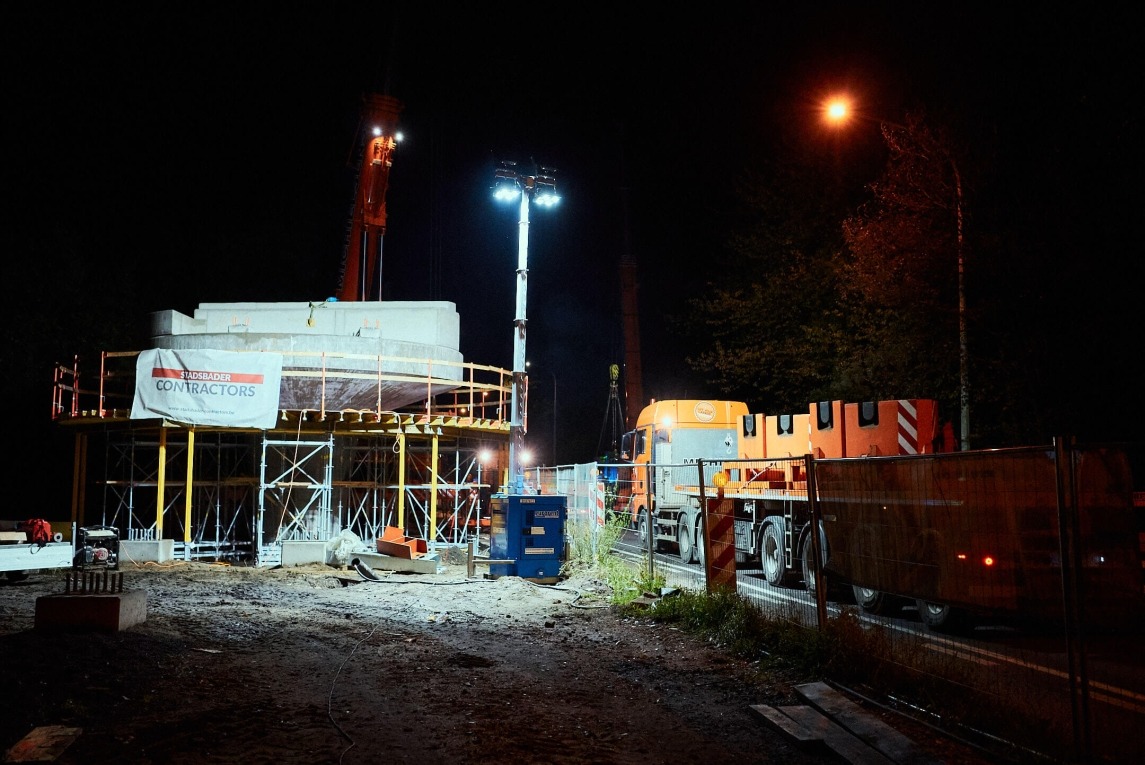 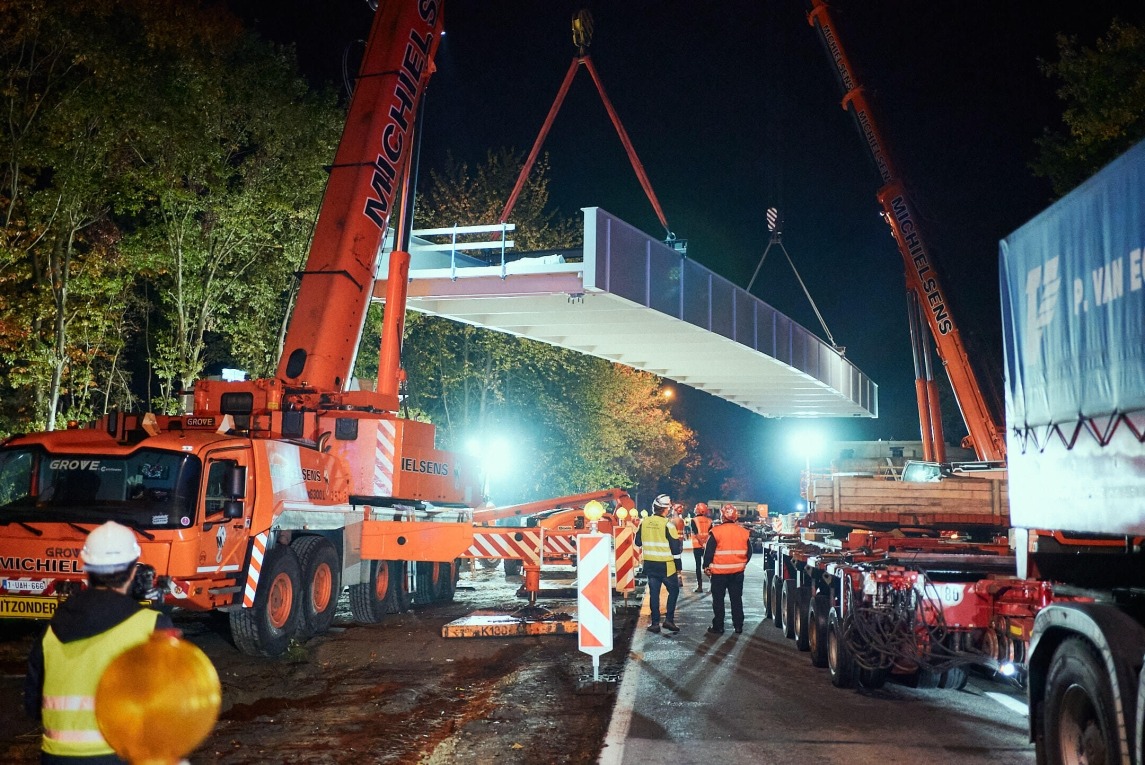 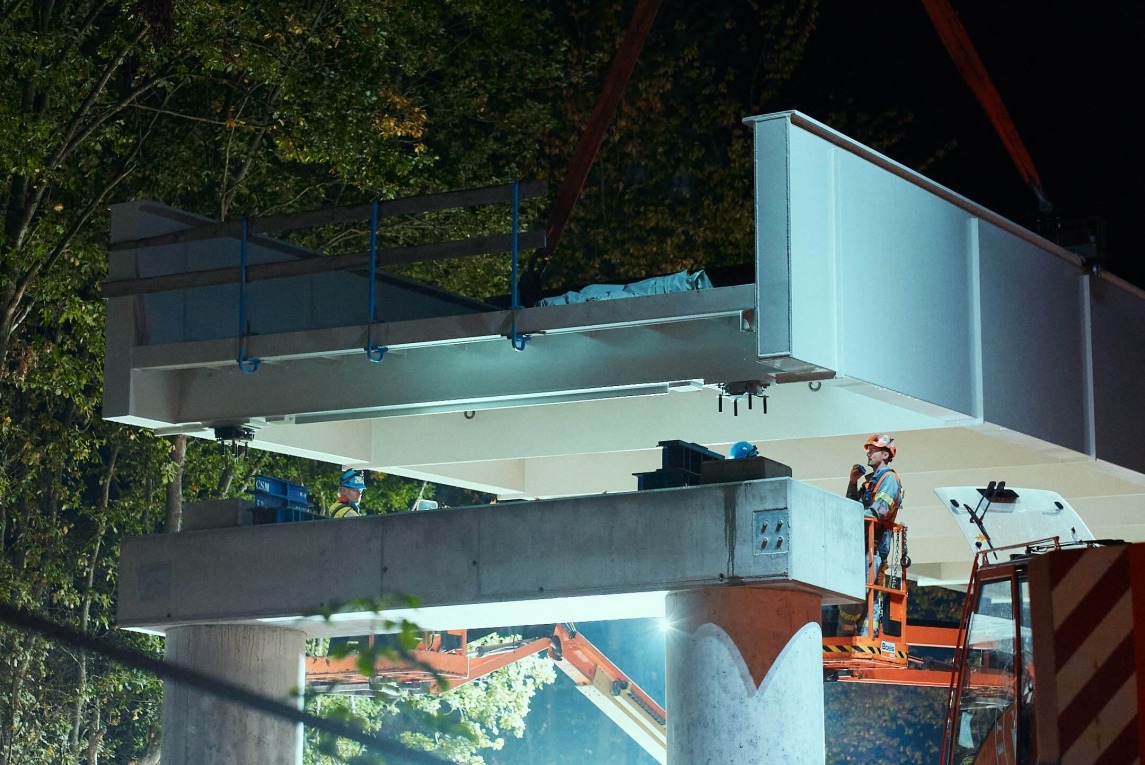 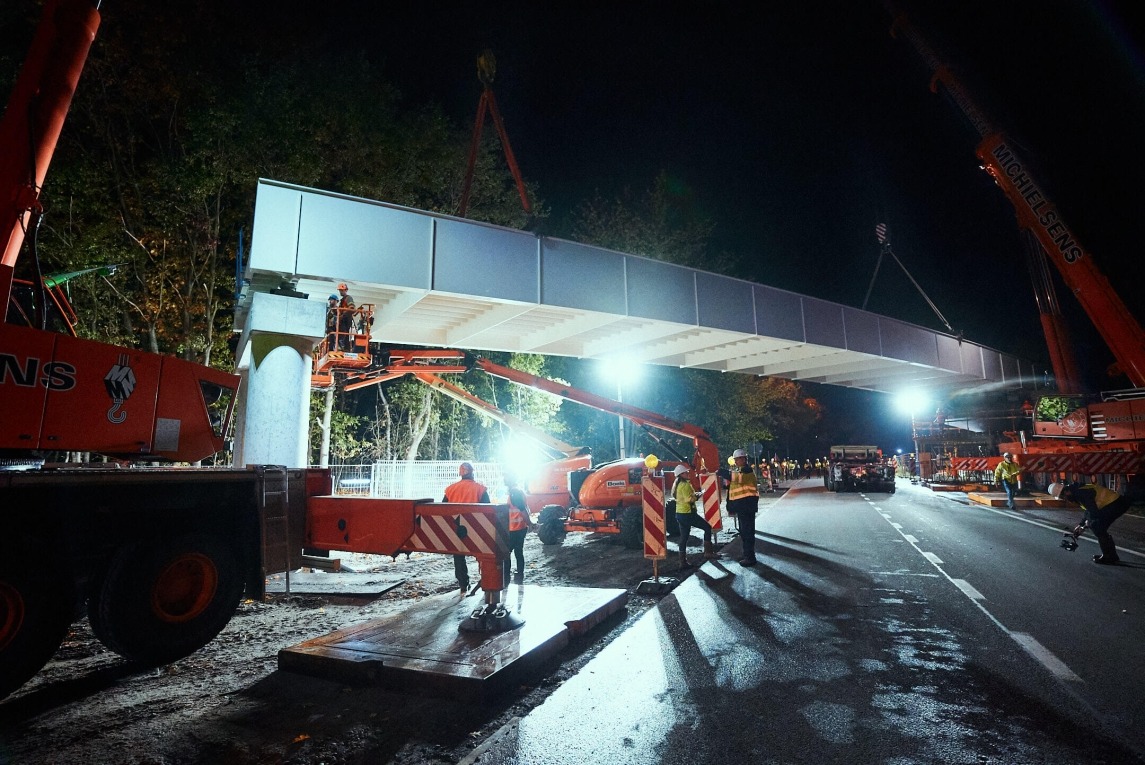 In Houthalen-Helchteren, we constructed a steel bicycle bridge, including surrounding construction, where the cycle highway F74 crosses the Grote Baan. The bridge, with a total weight of 260 tonnes and a length of 480 metres, divided into three sections, should increase the comfort and safety of this cycle highway. The approach bridge west is composed of a 100-metre earth massif with retaining walls that turns into a steel truss structure of about 130 metres. Next, the main span over the Grote Baan is 45 metres. This was pre-assembled on the adjacent site. On the east side, the approach bridge consists of a 165-metre ground mass and a 40-metre truss structure.

With 4 metres of cycle track, 1 metre of footpath and space for the structure, the cycle bridge is 6 metres wide. The existing pavements and gantries adjacent to the Grote Baan will be broken up and laid out as a green zone. However, part of the porticoes will be renovated and as such will be over the route of the cycle path.

Those familiar with the region know that the North-South link has been a hotly debated issue for decades. This bridge is one of the 'wins' in the complex North-South Link Limburg project, which is being fast-tracked pending a sustainable solution for the entire link road.